034Motorsport is excited to announce a technical partnership with Compass 360 to field an Audi TT RS in the Pirelli World Challenge GTS Class! The C360R and 034Motorsport teams have a busy schedule ahead to get the TT RS ready in time for the final two races of the 2015 season at Sonoma Raceway and Laguna Seca. 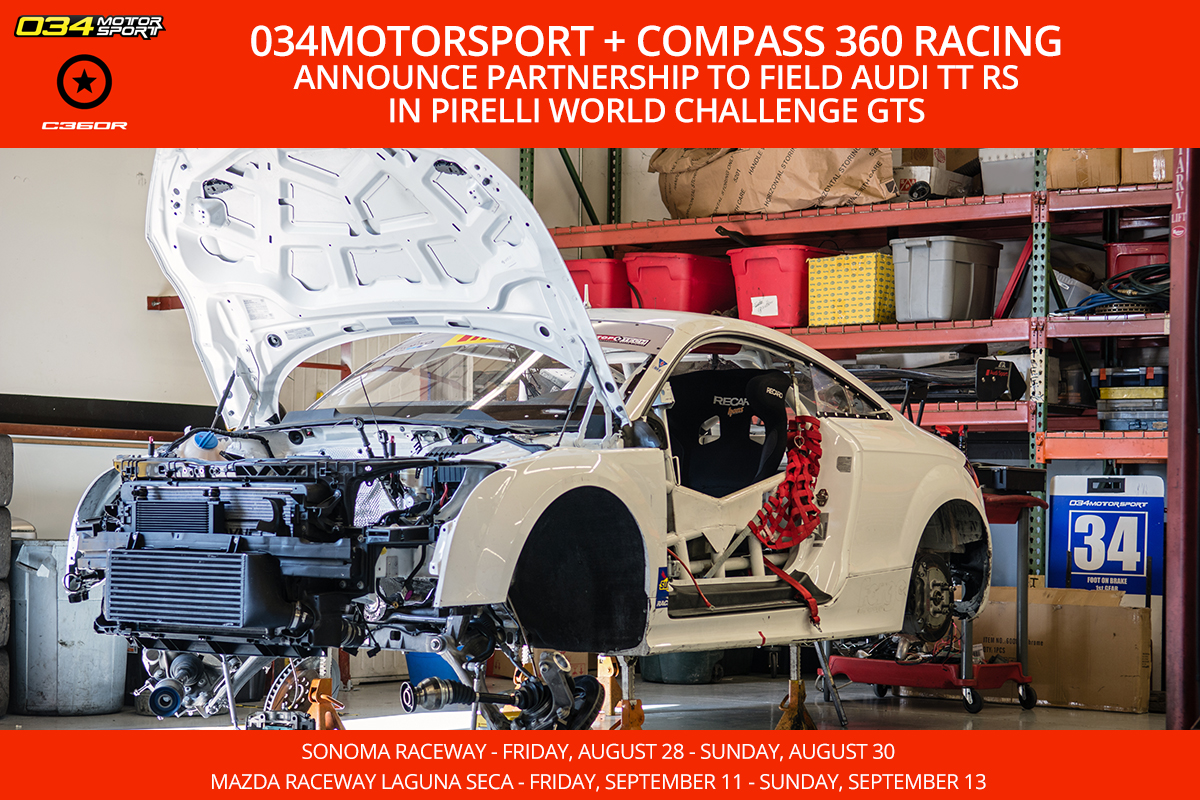 Compass 360 acquired a modified Audi TT RS, which finished a few races in the 2013 and 2014 Pirelli World Challenge seasons. The TT RS was delivered to 034Motorsport with minor crash damage to repair, and in need of a new engine before development, tuning, and testing can begin. The strip-down is already well underway, and 034Motorsport will be providing more details on the project as it progresses.
In addition to the rebuild and chassis setup, the Audi's 2.5 TFSI engine will be refreshed with a new RS500 Audi TT RS Turbo Kit & Tuning Package. Custom race mapping will be performed in-house by 034Motorsport to ensure optimal performance on track, while adhering to all PWC Rules. Finally, 034Motorsport engineers will be providing track-side support for the Compass 360R Audi TT RS Race Car at Sonoma Raceway and Laguna Seca.
Stay tuned for updates on the race car's rebuild as 034Motorsport and Compass 360 Racing look to turn the TT RS into a true Pirelli World Challenge contender in a GTS class that is dominated by Ford Mustang Boss 302s, Porsche Caymans, Aston Martin Vantage GT4s, and even a factory-backed Kia team!